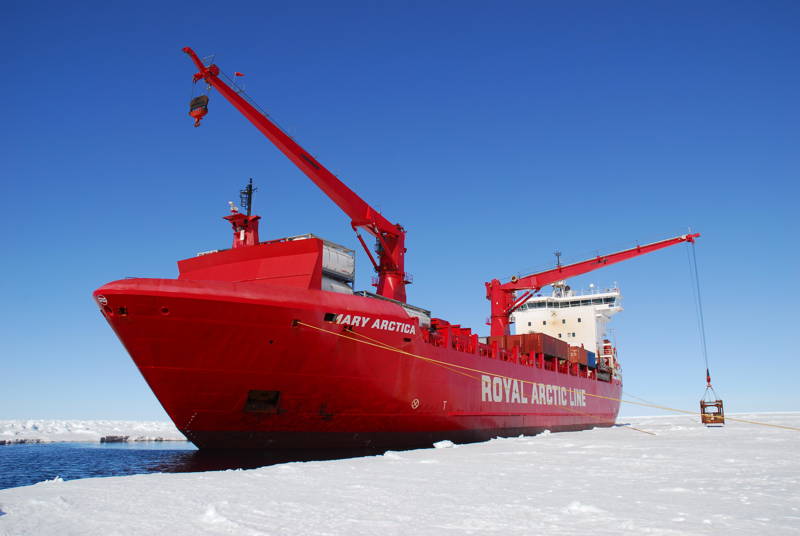 Mooring at sub-zero temperatures involves many challenges, not least of which is safe rope handling. The Tipto® range of fibre mooring ropes from Lankhorst Ropes are characterised by their strength and ease of handling in arctic conditions. In addition to outstanding service life, the ropes provide green benefits too through Lankhorst’s rope recycling programme.

MOORING IN A COLD CLIMATE
Tipto® mooring ropes include: Tipto® Winchline, Tipto® Eight, and Tipto® Twelve. The ropes are made from high-performance Tipto® yarns, with a specifi c gravity of 0.94. This ensures that Tipto ropes will float indefinitely, minimizing the risk of the rope becoming entangled in the vessel’s propeller. Moreover, the Tipto® yarn is not affected by the environment in any way. The rope’s breaking load is not diminished under wet conditions. And UV-resistant additives prevent the rope from deteriorating in sunlight.

• Tipto® material is water repellent, preventing water from being absorbed into the rope’s interior where it could freeze into crystals under sub-zero conditions and damage the rope from within.

• With excellent abrasion resistance and low friction coefficient, Tipto® rope construction reduces the abrasive contact between rope and vessel (fairleaders and rollers), between rope and rope (on the drum), as well as, yarn to yarn (internal abrasion).