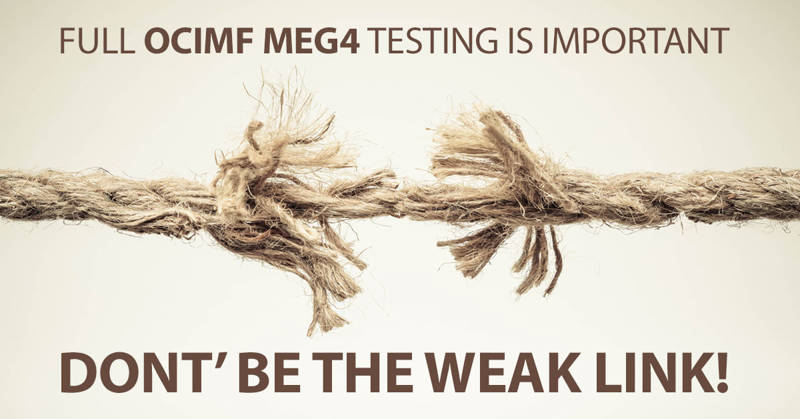 Mooring is a serious business; one which when not taken seriously can become dangerous. Which is why Lankhorst Ropes is a strong supporter of rope testing to the OCIMF’s Mooring Equipment Guidelines 4 (MEG4). Anything less than full MEG4 testing creates a weak link that not only undermines MEG4 and its intentions, it sets the clock ticking on the next mooring incident.

‘Each year too many seafarers and terminal operators are injured, or worse, when mooring lines fail under tension,’ says the MEG4 guidelines. Thankfully the OCIMF offers a solution. Among its recommendations, rope testing is highlighted as critical. Without the insights into rope performance provided by testing, how is a buyer to know how the rope will perform in service?

Rope testing moves up a gear

In MEG4, rope testing has moved up a gear. The number of rope tests has increased, and so too has their extent. Rope testing, as stipulated in MEG4, takes time and resources. Lankhorst Ropes wouldn’t have it any other way when the safety of crew and terminal operators is at stake.

Rope testing to the full MEG4 requirements is a measure of a company’s commitment to its customers. Lankhorst Ropes carries out rope testing under controlled conditions where the results can be measured and recorded. Failing to do the full MEG4 testing could be interpreted as the rope supplier handing over the responsibility, and risk, for the testing to the ship’s owner; leaving crew to complete rope testing on working vessels in the world’s busiest ports.

The insights into rope performance offered by MEG4 testing go far beyond those provided by MEG3. For the first time, rope buyers and naval architects are able to use this knowledge to select the best rope for their application.

“MEG4 adds a new dimension to rope procurement that many people have missed,” says Hans Pieter Baaij, Product Area Manager Wet Cargo, Lankhorst Ropes. “With the full MEG4 testing buyers are now in a better position to compare ropes, without the full test results their position is far weaker, after all how do they compare ropes?”

This is the first of a series of MEG4 posts by Lankhorst Ropes, if you would like to know more about our growing range of MEG4 tested ropes then please email: meg4@lankhorstropes.com.